What Does Sent as SMS via Server Mean

The answer is simple: this is just a harmless message that appears on your phone when you send a text message using the Android default messaging app. However, this can be confusing for some people who don’t know what it means and how it works.

In this article, we’ll explain as thoroughly as we can what this mysterious message means, what are its possible causes, and how to fix it.

What Does Sent an SMS via Server Mean? 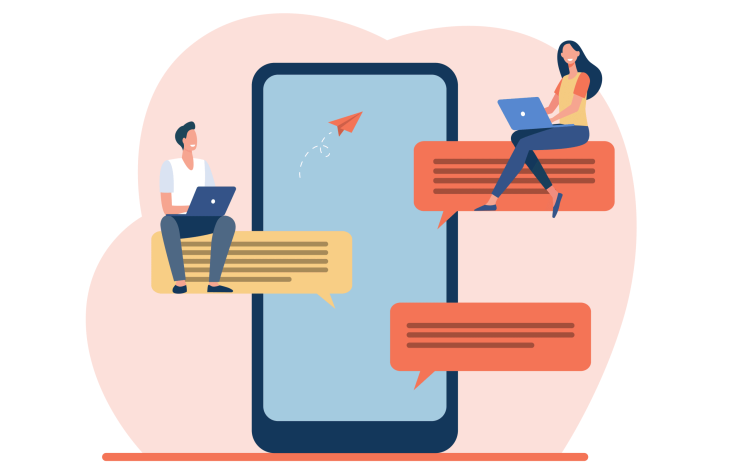 Many Android users are asking themselves what does “sent an SMS via server” mean. If you’ve been using an Android device in recent months, chances are you’ve seen this message too.

It appears after an SMS has been sent to someone – but instead of the usual read receipt, the user gets the “sent an SMS via server” message. This leaves Android users perplexed, and for a good reason: previously, the receipt messages read either read, sent, or delivered.

So, what’s the reason behind it? Many sources claim that this cryptic message started appearing after the RCS messaging protocol was launched by Google in 2020.

What is RCS (Rich Communication Services)?

An RCS, short for Rich Communication Services, is a messaging protocol that powers more complex and advanced features in an Android device’s default messaging app. It was created as an alternative or replacement for the default SMS protocol, which is utilized by most Android devices.

In other words, this protocol makes it possible to send text messages over various messaging apps instead of the default SMS app on Android devices. It should be noted that before RCS became widely available, many users were already using third-party apps like WhatsApp or Telegram to send messages over data connections rather than SMS.

Why Does Sent an SMS via Server Appear in Messages?

With that said, you might still be wondering what does “sent an SMS via server” message mean. While many people may have been worried that something is wrong or that they have been blocked from sending their recipient messages, the answer is really simple.

Simply said, with the new messaging protocol in place, the send receipt message that would previously say either sent, read, or delivered has been replaced with the “sent an SMS via server” message. This message simply indicates that there might have been a problem on the recipient’s end.

If you have been seeing this message on your phone, here are the potential reasons why.

The recipient doesn’t have an internet connection

One of the potential problems your recipient may have – and the reason why they cannot receive your message – is that they don’t have an internet connection.

The “sent via server” message doesn’t mean that the text was not sent but rather indicates that there might have been a problem on the recipient’s end. It may be because their network provider is experiencing technical issues, their phone might not be switched on, they aren’t connected to a Wi-Fi network, or they simply temporarily have no network.

Another potential problem on the recipient’s end and the reason why you’re seeing the “sent an SMS via server” message is that the recipient blocked you from sending them messages.

Again, this doesn’t mean that the message wasn’t sent but rather indicates that it was never delivered because the receiver blocked you from sending them text messages.

If you fear that the recipient may have had a reason to block you, this might be precisely the reason why you’re seeing the “sent an SMS via server” message whenever you’re trying to send them a text message via the Android messaging app.

The recipient is using an iPhone

Another common reason why the “sent an SMS via server” message appears on your phone is that you’re sending a text message via the Android default messaging app to someone who has an iPhone.

The reason for that is that iPhone uses a different messaging app that only works on iOS devices. So, whenever you send a message from your Android device to an iPhone device, you may receive the “sent an SMS via server” error message.

The RCS system is down or isn’t enabled

Apart from the RCS system being down, the reason why you received the “sent an SMS via server” message is that the RCS isn’t enabled on your or your recipient’s phone. If the RCS is enabled on one device but not on the other, the text message will revert back to sending through the SMS messaging protocol rather than the newer RCS messaging protocol.

How Do I Fix Sent an SMS via Server?

Enable the “Show When Delivered” option

The first thing to do if you want to get rid of the “sent an SMS via server” messages is to enable the “Show when delivered” option in your phone’s settings.

To enable the option of seeing when a text message has been delivered, do the following:

Another way to get rid of the “sent an SMS via server message” is to clear the cache of the app that’s causing it.

Use the device in safe mode

Another way to help you fix the “sent an SMS via server” message is to use your device in safe mode. This will allow for identifying third-party applications that may be causing this problem.

To enable safe mode on your device, follow these steps:

If you are looking for positive words starting with D, look no further. We have

Contact TikTok: How to Get in Touch With the Popular Social Media App

TikTok is undoubtedly one of the most popularly-used apps currently, and many people love the

Everyone uses passwords to protect their important and confidential information. However, most people are unaware